As much as the music and lyrics were behind the Steam Punk series, the art and logos found on the liners, on those black rock shirts was just as much a part of the experience for me. The task was to scale those images to tea cosy size! I tried a few different techniques with varied success. 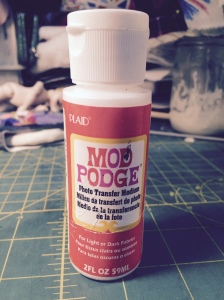 For the more complex photo, I tried Mod Podge as it seemed to be one of the more reliable methods out there.

I reversed the images as necessary, tried a few sizes as I didn’t know what I wanted and just followed the instructions.

The greyscale photo transferred really well for what I had intended but there were a few patches that didn’t register. I suspect that the goo was a little thick and just didn’t cure sufficiently. It was kind of like creating an iron-on decal right on the surface of the shirt. 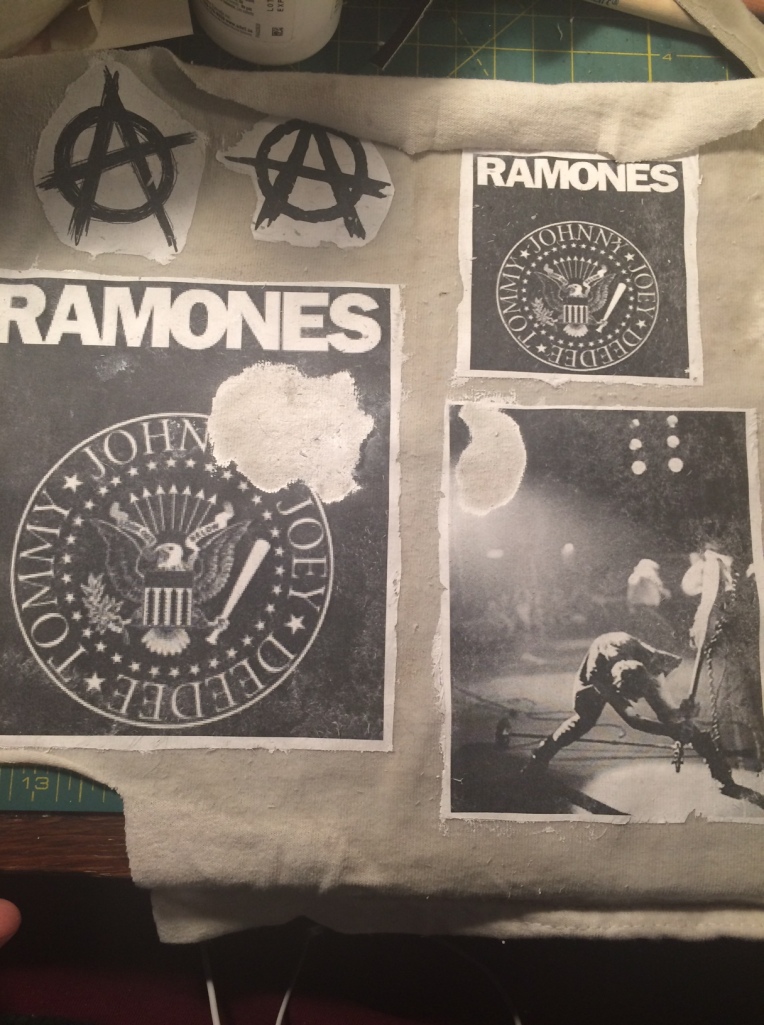 The crazy quilt style of the Steam Punk pieces means that I was able to maneuver around the bare patches.

The other technique involved soaking the paper in solvent and burnishing it straight onto the fabric but… it didn’t work, not even a little so I don’t have any pictures of it. I’m game to try it again as I suspect that I used the wrong type of printer to produce the transfer images. I’ll write about that one when I get another run at it!